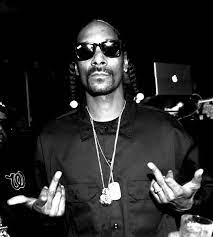 We, the entire Imperial Network Staff team, want to make sure that everyone on our network has a safe, fair, and family-friendly experience. To achieve this, we have to set strict rules which everyone has to adhere to. Breaking the rules will result in a (temporary) loss of the ability to chat or even to play on the network. A lack of knowledge about the rules won't save you from punishment and will be treated as a mistake from your side. By logging on to the Imperial Network as well as joining our Discord, you automatically agree to all of the rules below.

When you are IP-banned on one of your accounts you are not allowed to join with different IPs and alt accounts.

Exploiting is not allowed. This means that you are not allowed to abuse any unintended features/bugs. If you find such an error you have to report it to our Staff.

If you falsify any evidence, you will be punished. This means faking any screenshots or videos especially player reports or in-game purchases is not allowed.

Modifications that give you an advantage over other players are not allowed. Macros, Autoclickers, and any Hack clients are for example forbidden to use. Clicking high CPS will also result in a ban.

Inappropriate Nicknames/Builds/Item Names are not allowed. Anything related to diseases, sex, or swearing is not allowed.

Locking up others in portals or using teleport commands to kill or trap other players is forbidden. This punishment will increase, depending on your previous punishments.

When higher staff suspects you of cheating, they are allowed to request you to screen share them. If you refuse to, it will result in a jail

Trades or "deals" with other players that include PayPal, other server items, and any other versions of real money are not allowed. Deals in exchange for items on our server store, however, are allowed.

The in-game chat is the most important communication method. To keep the chat safe and clean, we've put in place a few rules that everyone must abide by. These rules also apply to other forms of communication, for example, sign and voice chats.

Spamming is considered as typing similar messages 5 or more times within a single minute.

Similar to the spamming rule, it prohibits long messages without a valid reason. For example: "AAAAAAAAAAAAAAA"

Mentioning the names of other servers as well as promoting your/others' social media accounts is not allowed. This also covers telling others to join another server.

Disrespecting other players, in general, is prohibited. Anything in the range from emotional disrespect to skill-based disrespect will lead to a mute. This also applies to any disrespect towards the server.

Swearing and any sexual content are strictly forbidden. This includes being homophobic, racist, or otherwise offensive towards other religions and traditions is forbidden.

Sharing IP addresses of other Minecraft servers or invitations to other discord servers is strictly forbidden.

Sending links that redirect you to inappropriate content, malware, or that reveal your IP address is strictly forbidden.

If we catch you evading your mute on a different account, you will be IP-muted for 7 days.

You are not allowed to threaten other players. This includes death, DDoS, and other cyber threats. Leaking private information of other players such as their face,full name,house location etc will not be tolerated.